It was in September 2014 while planning a trip to Malta that my sister convinced me that it was not at all dorky and totally ok to be billy no-mates and to travel alone. Previously, ‘travel holidays’ for me had always been in big groups or as a twosome. It didn’t take long for my concerns to evaporate as I experienced hostel life, not for the first time, but for the first time on my own. I played safe and went for a hostel which could have just as well have been an upmarket B&B. It had a chique boutique style about it, comfortable beds and monsoon shower wet rooms along with a superb kitchen and dinning area which soon became our shared communal hang out. At 22 Euros a night I was more than happy. It didn’t take long to make friends, we cooked, drank, danced and explored the island mostly together. Never did I feel like I was alone and the best bit, I met some great people who I am still in regular contact with to this day. 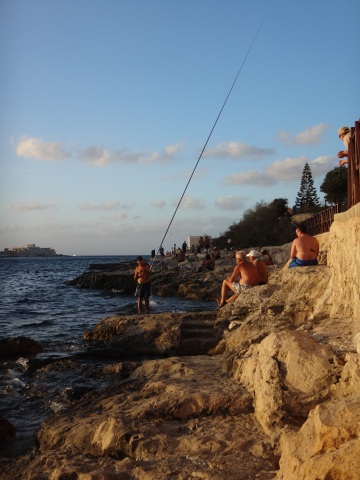 The next year in May 2015 I made a longer trip with my good friend Matt to Peru. 3 weeks following the Inca trails and learning about the accent Inca cultures in an old overland truck filled with 18 people. Complete strangers from all over the world in a spectrum of different age groups, life stages and financial backgrounds. Out of all the trips, this trip and the people I met inspired me the most that work and travel could be a thing for me. 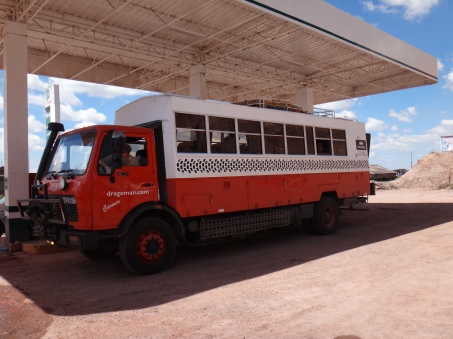 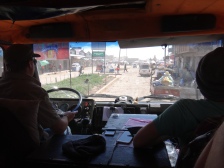 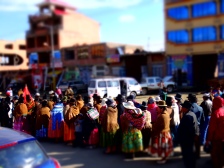 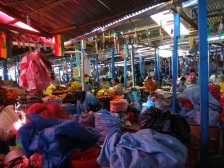 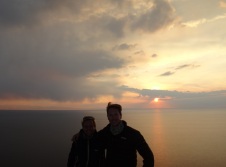 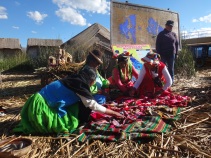 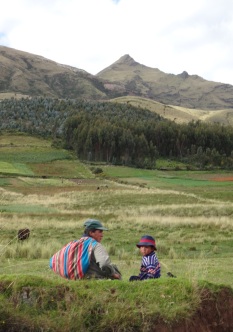 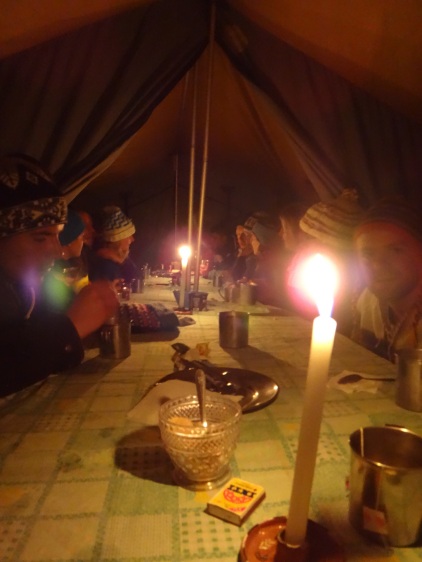 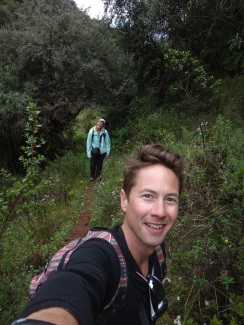 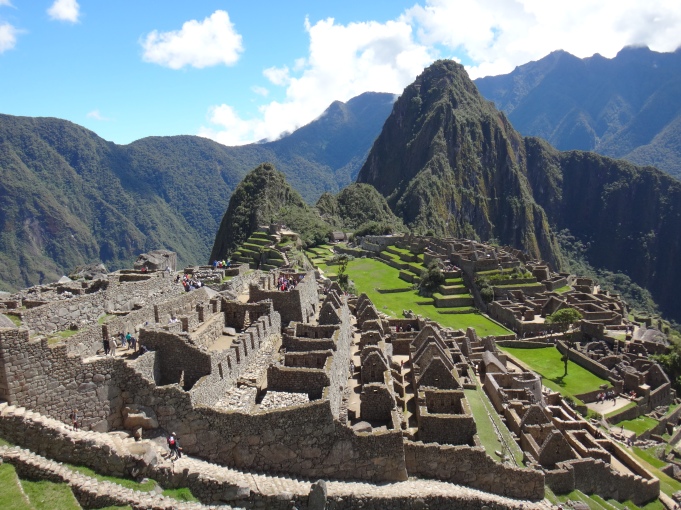 But could something long term work? It was something I had always thought about, I talked about it many times, but was it something I could really do? Did I have the courage to jack it all in, change my career and lifestyle and say farewell to my comfort zones. At this time I was 35, I wasn’t yet totally convinced and besides I had moved to Germany in 2012 and I was loving my new life there.

However world travel stayed forever on my mind. With each following trip I was reawoken with that sudden eyes wide open feeling one gets as soon as they step off an airplane. In 2016 I put myself out there in different countries from Turkey to Spain, these ‘tester’ trips were always on my own, mixed in with other trips in the year with friends. 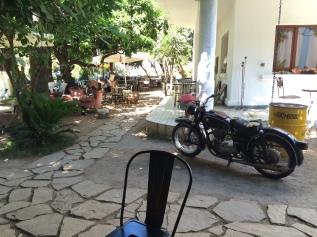 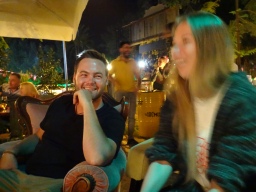 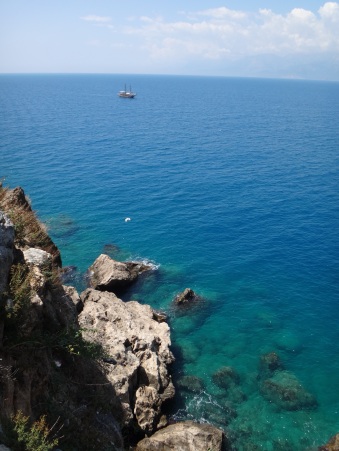 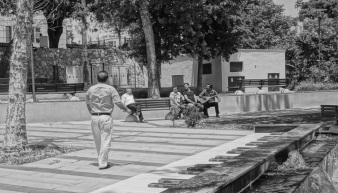 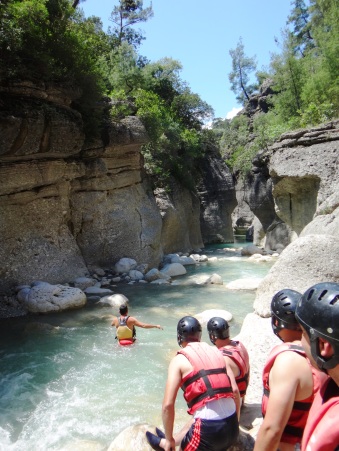 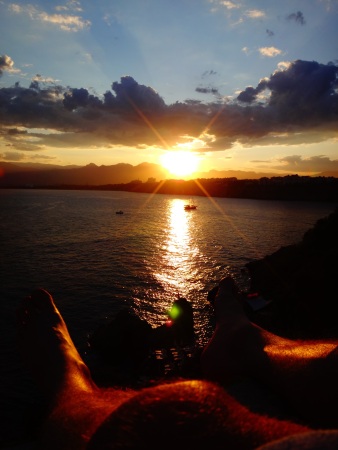 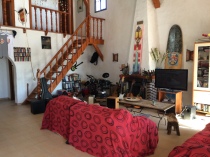 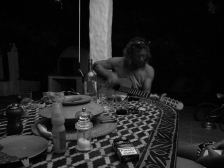 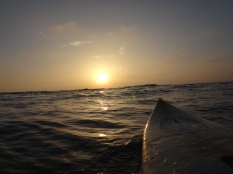 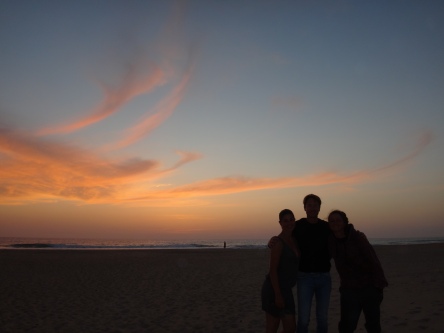 After spending 5 years living in Germany and building my career to a level where I wasn’t quite sure where to take it next I booked one last trip. A surf and yoga retreat on the temperate West coast of Portugal. In part it is thanks to my two inspirational hosts and yoga teachers @Cecilie and @Carmen who I hold in dearest regard that I was able to make my final and last decision. Here life was simple.  It was focussed on health, on wellbeing, understanding and togetherness. We went surfing and practiced yoga every day. Sometimes we’d just sit and talk, other days we’d run along the beaches, through the forests and along the cliffs, we’d swim, sunbathe, eat, drink, sing at the top of our lungs and dance into the next day. We spoke of our pasts, of heartaches gone and of our dreams of the future. Stories of travel were always there, but more importantly for me stories of a more simple life began to dominate.

The theme soon started to draw its own conclusion, with each trip I was awakened, meeting inspiring people with their own stories to tell. I became like a sponge, soaking up energy from experiences, my surroundings, taking note of the emotions those experiences generated and the respect for the people I met along the way. These people, these places and the energy it created were my inspiration to trigger change.

After my time in Baleal I returned to Germany and handed in my 3 months notice the next day. That part wasn’t easy, it was an emotional day, both for myself and my boss who I respected highly. It had taken many experiences and many encounters to come this far, however my decision was now made, I was committed to see it through despite persuasions of reconsideration. I was ready, it was time to take the next step, to walk the walk and start a new story, not just another trip, but to make a life change. A new journey was about to begin…

Top Tip: spend some time alone and with others to think about what most brings you joy, identify your core beliefs, hone them, then action them.

What has been your trigger to create change?

The more I touch with people on this subject the more inspired I become. Stories of escaping the day to day, stories in search of change, a new life, a new direction or simply new experiences and adventure.

When I made the decision to finally commit and announce my decision to quit it all and leave Europe I was actually quite taken aback by the amount of surprised reactions I got. For me I had mentally prepared for that decision in some way or another for a long time, for me the concept felt natural, I was ready. However, I quickly got the feeling that for many the concept seemed very align.

A few reactions I got and I quote:

“Why would you leave your job, are you crazy?”

“Are you having a midlife crisis?”

“Is this a spontaneous decision, or have you planned it?”

“I would love to do that, but I could never make the final step”

“I wish I could go traveling too”

My most memorable was from my pharmacist just before he injected me in the arm with jab 1 of 3 of my Rabies vaccinations.

“what gave you the idea to go travelling?”

…I was rather taken aback by the use of the word ‘idea’ like it was some singular moment of clarity. The fact of the matter is that it was never just one idea, it was many, combined together, with structure, ideas, emotions…it was an evolved process.

How it all began

When it came to big travel trips I was always one of those people, always talking, never doing. For me world travel was always something in the back of my mind. A lot of my friends did the gap year thing after university, I however went straight into work. I had £20,000 in student loan debts to pay off, I had a career I wanted to build and most of all I wanted to start putting my 5 years at university to good use. I had something to prove to my myself, I had ideas I wanted to develop and to see how far I could take them. But in the most part, like most of us in the cold light of day, I just needed the money to start coming in.

I worked hard and climbed the ladder fast. I spent 8 years working @metabo UK, it was not always easy, I was lucky to survive several redundancy culls, I took on extra roles of those past, survived the crisis of 2008 and then got offered the break I was perhaps always looking for. In 2012 I packed my bags and headed off to Germany. I accepted a role offered by my parent company to work at the headquarters @metabo DE as the European Promotions Manager. A varied role which incoperated aspects of Product Management, Product Design, Sales and Marketing. This was perfect for me, challenging and interesting work in a company I knew, had great respect for and already 8 years experience. The new role established itself quickly, we grew, standardised and set up measurable, repeatable processes. We had some great product and sales successes! I was lucky enough to be given enough freedom to develop my own ideas as well as those of my fellow colleagues, our customers and the demands of the market. One of the most fun projects was:

I was never sure how long I would stay, perhaps only 2-3 years, perhaps forever, it was never fixed in stone and left always open. As one of the few ‘foreign’ workers in the headquarters I was grateful to Metabo for that contractual freedom. 5 years later and my German pension was secured and all my career ambitions had largely been met. I was not the type who wanted to continually climb the corporate ladder. I had done enough of that over the years, pushing for promotion after promotion, bonus after bonus. I had also seen in others and experienced for myself the side effects of taking on too much, I did not want my job to erode into my private life more than it already had. I had struck a good balance in Germany, they know what they are doing there and they put special emphasis on their feierabend, but I was still aware of the dangers of taking on more and more, I had done that back in the UK in my early carrier days, I had got the hat and the t-shirt, the doctor was not impressed!

The more I grew, the more I really began to understand what the buzz term ‘work life balance’ really meant. It is one thing to say it, but to really start to begin to feel it, that is what is important, not just on the odd day, but regularly. Another life saying; ‘work to live, not live to work’ however I most certainly do not wish to work so I can just live. Existence is not the key. Stuck in one place, continuously working to earn the right for a few short holidays, retire at 65, maybe get 10 years of good quality retirement with questionable health and then kick the bucket, is that what it is really all about?

The more thought I put into it, the more I thought about where next. Stay with the same company, push for another promotion, change companies, same industry, different industry, same old story, go back to the UK, settle down and put up with a country split in two over the consequences and chaos of Brexit. Was this all about career decisions or was there something more? What is with this saying “you only live once”. What did that mean to me?  What next?  #thiswayorthat